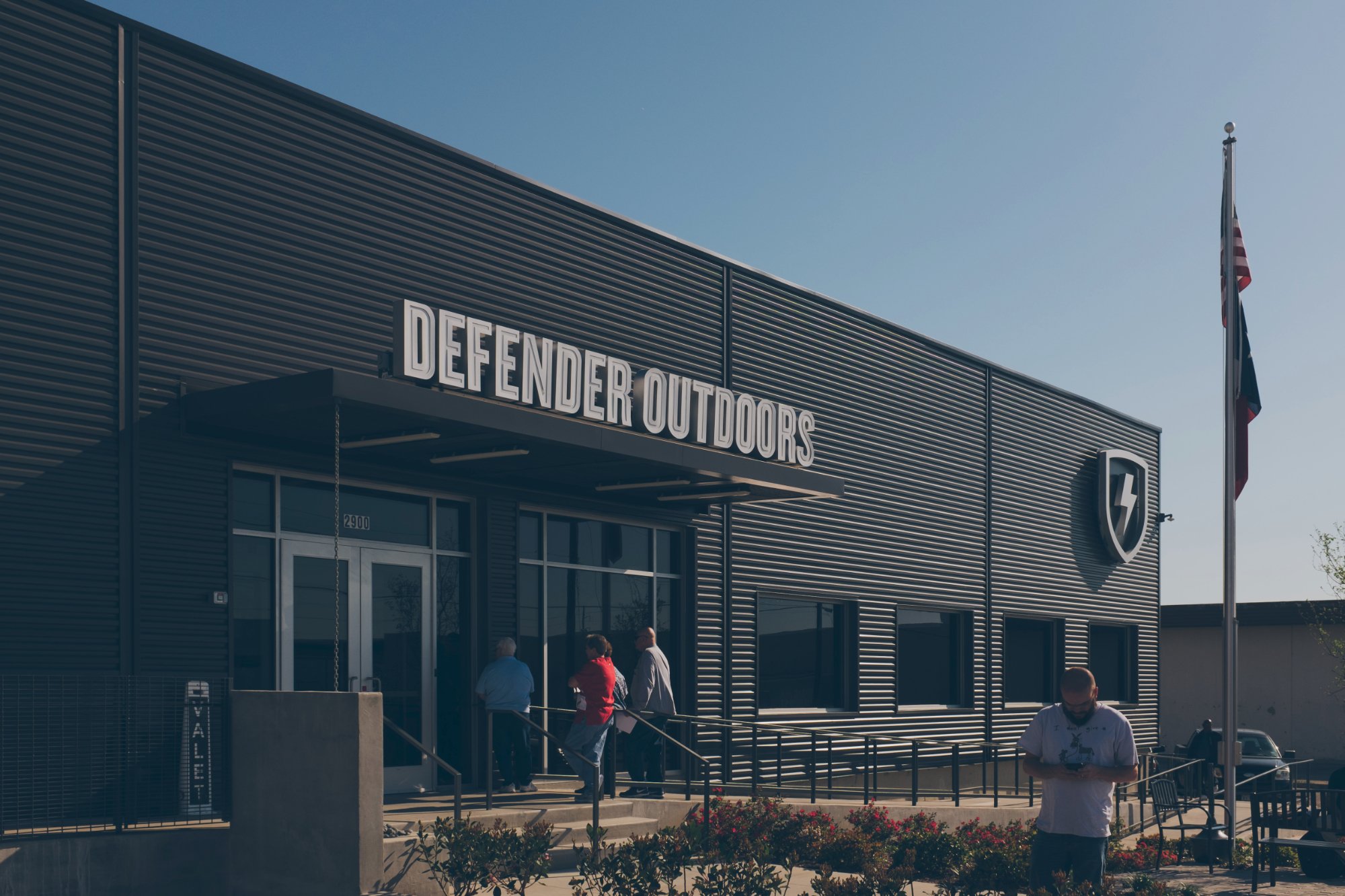 Defender Outdoors is finishing construction and getting ready for the grand opening of its $6 million shooting range facility.

“We feel that Defender Outdoors will become a household name in Fort Worth and North Texas so want it to be associated with everything we do,” COO Chris Baker said.

Hahnfeld Hoffer Stanford is the architect and Dennett Construction is the contractor. Defender Outdoors plans to employ more than 40 people, and all employees have to be range safety officers certified by the National Rifle Association.

Along with 30 shooting lanes, the Fort Worth facility will have a 5,600-square-foot retail store selling firearms, ammunition and accessories. The building also has conference rooms, offices and lounges.

The facility will also be used for training, as Defender Outdoors will offer gun training classes on subjects such as hunter education and home defense. One room in the building, the “Simunition” room, can be set up with furniture to mimic a person’s home. Trainers will then create a mock scenario – for example, a person breaking in – and train the client on how to react to the situation.

“We should develop a training facility for civilians that teaches them responsible gun ownership, use and storage so that these tragedies can’t happen,” owner and operator Matt Johnson said.

Concrete walls, bulletproof glass, steel baffles and a lead ventilation system are among safety features installed at Defender Outdoors – features that Baker hopes will calm the fears of those with reservations about the indoor shooting range opening in Fort Worth in February.

“There’s not bullets flying out the windows,” said Baker, who is also the company’s general counsel. “There’s a lot of things that are going into it and a lot of money invested into it to make it a very safe facility for the people in it and the people around it.”

According to Baker, the company spent more than $2 million on safety improvements for its 43,000-square-foot facility, located at aptly named 2900 Shotts Street. The range equipment itself comes from Utah-based Action Target, which also supplied the equipment for the Fort Worth Police Department’s Public Safety Training Complex. The system that Defender Outdoors purchased from Action Target, known as the Total Containment system, uses steel baffles and a trap mechanism to prevent bullets and bullet fragments from leaving the building.

Defender Outdoors also installed a ventilation system meant to filter lead and other contaminants that come from shooting guns. The lead particles are gathered into drum containers and later recycled.

The features, which are not required by any regulatory body, are just a few extra steps Defender Outdoors is taking to ensure safety, Baker said.

The range is near the Fort Worth Independent School District’s Metro Opportunity High School at 2720 Cullen St. and the district’s administration building at 100 N. University Drive and in March 2014, the school district went to the Fort Worth City Council to express concerns about the planned shooting range. The district was concerned about the increased presence of guns in the area and stray bullets hurting students and faculty, according to attorney Todd Parrish, who represented the district administration.

But owner and operator Matt Johnson told council members that his company would take extra measures to ensure safety, and the city council then unanimously approved a zoning change that would allow the shooting range to be built.

Company President Will James said that he understands the public’s concern with guns but that the use of guns tends to be misunderstood.

“That is the barrier to entry for this industry,” he said. “People look at it from the outside and look in, and they just think it’s an intimidating thing to jump into.”

But Baker said he hopes Defender Outdoors will be more than just a place for people to shoot guns for fun.

The Fort Worth location will be Defender Outdoors’ first shooting range. The company also has a retail store in Aubrey.